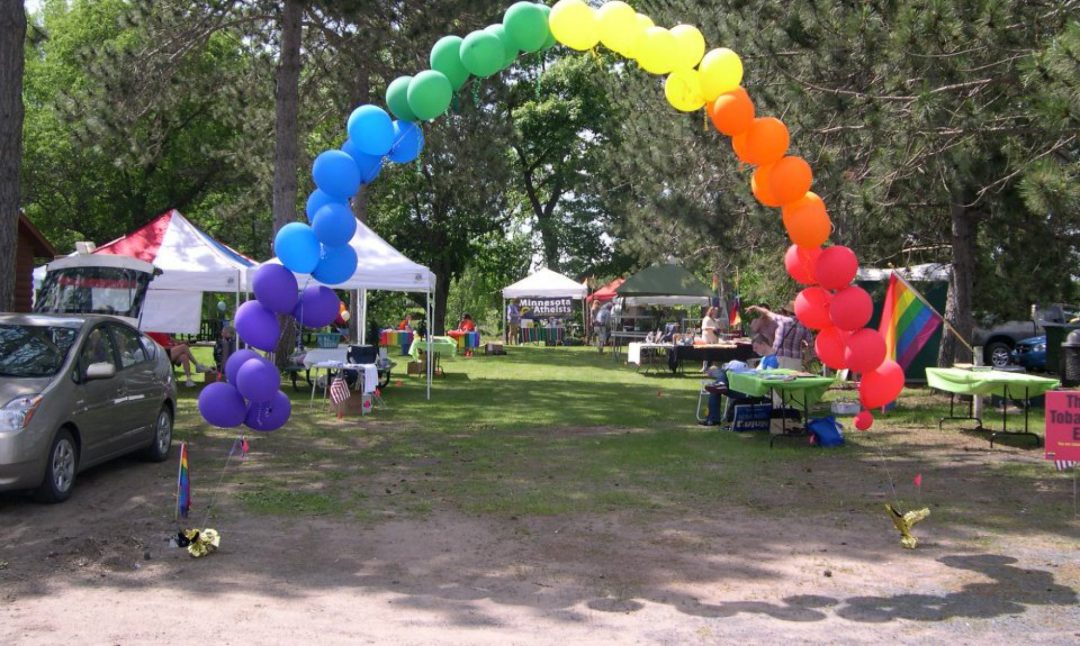 In 2005, the East Central Men’s Circle, a discussion and support group for about 70 gay, bisexual, transgendered and questioning men in East Central Minnesota decided to gather together for a pride event (then more of a picnic) in Pine City.  Since then, the Purple Circle (the women’s counterpart to the Men’s Circle), the regional PFLAG chapter, and other groups have banded together to strengthen and enhance the event.

For the first 15 years, the LGBTQ pride event was held the first Sunday in June.  In 2020, the event was not held due to COVID-19.  Since 2021, the event has been on a Saturday to mutually benefit the business community and participants.  It gives the LGBTQ people of East Central Minnesota, their friends, family and allies an opportunity to meet and build community in an otherwise isolated part of the state.

Without the event, organizers believe there may not exist an LGBTQ community in this part of the state.  Bigger cities across the globe, from London to Minneapolis, have had prides for decades.  The gay pride in Pine City began as the first truly rural pride in the world!  The need has been evident in the event’s growth, from record attendance numbers to a record number of vendors, sponsors and supporters.

There are several ways in which East Central Minnesota Pride has improved the quality of life in this part of the state.  It serves the vulnerable LGBTQ youth populations, especially those who are at-risk of suicide, showing that there are other LGBTQ people nearby to offer support and encouragement.  It serves as a mechanism for civil rights engagement.  Also, it promotes tolerance through a community dialogue about LGBTQ issues.  The entire event is innovative in that it was the first to be done in a small town.

The other Minnesota gay pride events are in Fargo-Moorhead, Duluth-Superior, Mankato, Rochester and the Twin Cities, all of which are in metropolitan areas.  Since Pine City’s Pride has proven successful, other Greater Minnesota cities such as Brainerd, Bemidji, Redwood Falls, Fergus Falls and Willmar have held such celebrations as well.  Perhaps it will catch on in other small towns throughout Greater Minnesota, across America, and in other parts of the world.